I’m knocking on wood for even writing this blog post. Praying I don’t get sick just from talking about puke club. I read somewhere on the internet one time that the stomach virus was tested on a surface for a 2 week time period and still showed up positive. After the two week period they quit testing. The stomach virus is a gnarly little bug!

If you’ve never dealt with the stomach bug then bless your hearts! But for the rest of us who have a child that’s caught the bug and it’s ran rampant through your family, this post is for you! I don’t like to use the word hate but I HATE HATE HATE the stomach bug! It’s the most awful terrible thing to deal with! Every time my kiddo would come home with the stomach bug, it was a waiting game to see when we would all get sick. Well, not anymore! I found some great ways to keep the dreaded bug at bay!

First rule of puke club…Do not kiss your child! I know that sounds harsh and I know what you’re thinking…that is part of comforting your child, but how comforting will you be if you are laying on the cold bathroom floor and hugging the porcelain throne? Wouldn’t you rather be fully able to take care of your sick kids? I’ve been the momma that has cuddled her baby who’s had the stomach bug only to throw up within the next 24 hrs. After that I was useless. JUST DON’T DO IT!

Second rule of puke club…Invest in a box of throw away gloves! They are a life saver! Every time you hear the ever dreaded puke sound, throw on some gloves. Make sure you have your trashcan ready to go before putting on the gloves! You want to avoid touching anything with those germ infested gloves after you’ve left the battle zone.

Third rule of puke club…Hand sanitizer is a must! Every time you take off those gloves wash your hands and apply antibacterial hand sanitizer all the way up to your elbows! I even rub the sanitizer over phones and remote controls.

Fourth rule of puke club…Red solo cups aren’t just for partying they are your battle friends! Any Pedialyte or Gatorade you can get the kiddos to drink should be done from a throw away cup! When they are finished with their drink, slap on your gloves and throw the cups in the trash! No need to spread those germs to the kitchen sink. 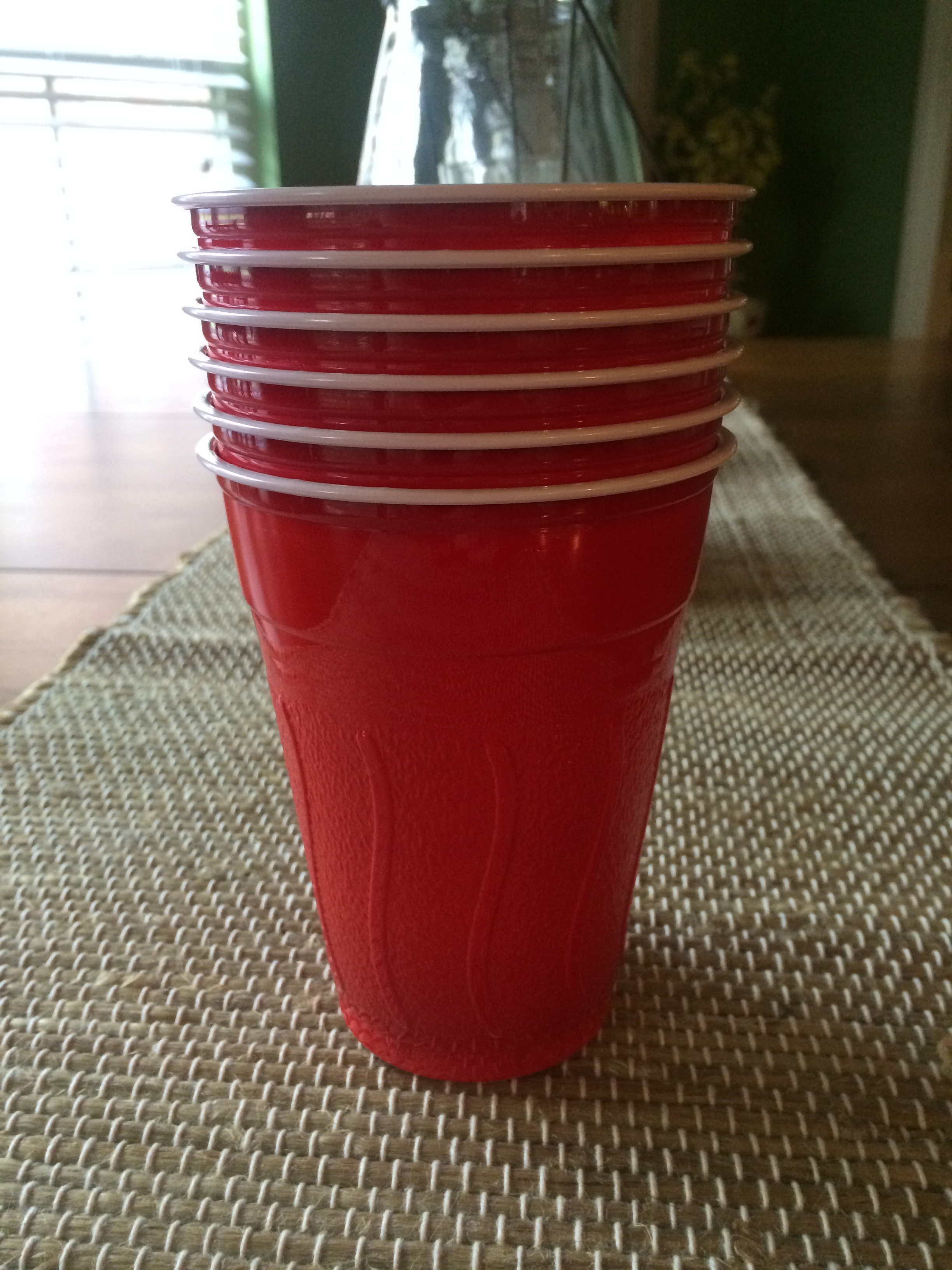 Fifth rule of puke club…Lysol is your very best friend! Each and every time a new puke happens or something from the dreaded other end…spray everything down with Lysol while wearing gloves of course. I spray every inch of the bathroom from the toilet to the floor to the sink to the light switches and even the door knobs! The key is to let the Lysol set. If there’s debris left behind, make sure and wipe it up but only after the Lysol has set for 15 mins. Then when the next incident happens spray again. Walk away never to return until you hear it happening all over again. Spray again! Finally when there is no more puking or the terrible #2 put on the gloves and spray again. Let set for 15 mins or if your mom calls you in the mist of your hazmat suit stomach virus battle, then let it set for the hour long phone call. Even better! The key is to constantly be layering Lysol. Surely by now we have killed the ever lingering bug and can wipe down the whole room.

Sixth rule of puke club…Keep the little puky pukersons quarantined to one bathroom and one bedroom. Don’t feel bad about this! They are too weak to play anyway. This helps keep the bug from traveling all over the house. Plus you will only have to set off Lysol bombs in two rooms. If you’re not keen on the smell of Lysol like myself…deal with it! You’ll thank me later.

Seventh rule of puke club…When cleaning the bedding slap on a new pair of gloves and keep it all away from your body while transporting to the washer. Actually you should open your washing machine before putting on the gloves. Leave it open until you’re ready to start the load. Make sure and apply hand sanitizer after removing the gloves and I would even recommend throwing the clothes you have on in the wash! Take no chances I say!

Eighth rule of puke club…Put on a new pair of gloves. Spray Lysol on any cleaning supply bottles you’ve used and let set for 15 mins. If you actually have any Lysol left then wipe sanitizer all over the bottle, otherwise throw the Lysol can in the trash.

So far the kiddo has gotten the stomach bug twice this year and the rest of the family has been able to avoid catching it by using my 8 Rules Of Puke Club. I hope these rules can help you and your family. Do you have any clever ideas on how to keep the stomach bug at bay? How do you fight this awful virus?